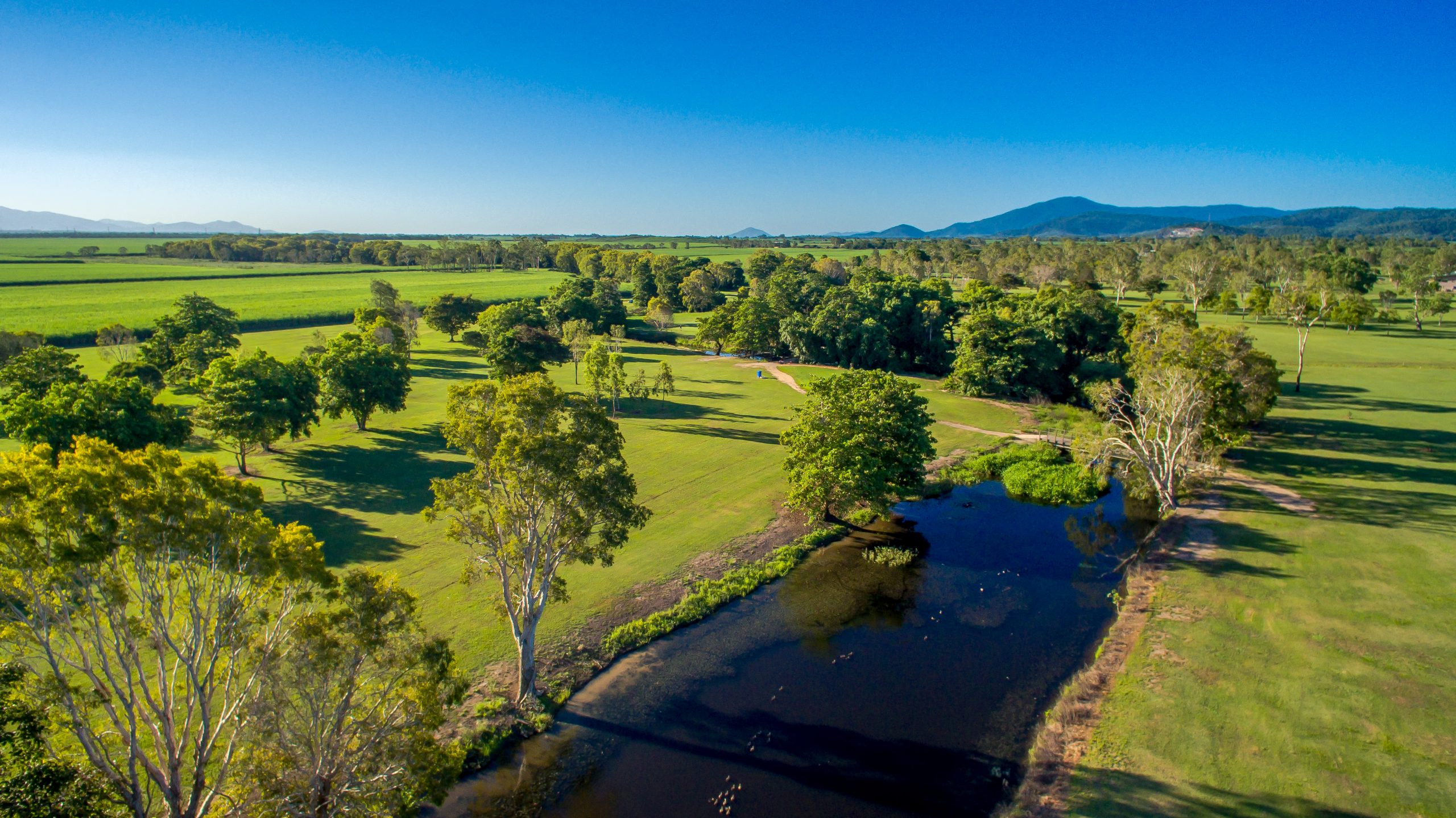 GOLF COMPETITIONS AND HOW THEY ARE PLAYED
Golf Australia Advice

Stroke (Medal)
The score at each hole is entered on the score card, totalled and the player’s full handicap deducted. The player who completes the stipulated round in the fewest net strokes is the winner. Usually a gross winner is also determined.

The number of strokes awarded in this competition is the difference between the players’ handicaps. Where there are more than 18 strokes difference between players’ handicaps, the higher handicapped players will receive 2 or 3 strokes per hole where applicable. It is usual for the Committee to prescribe sudden-death continuation if a match is all square after the required holes. In this case handicap strokes are used as in the original round.

In four-ball match play, the lowest marker reverts to scratch and gives strokes to the higher markers, eg A is on a 4 handicap, B on 8, C on 12 and D on 27. A receives no strokes, B gets 4 strokes, C gets 8 strokes and D gets 23 strokes, irrespective of who is A’s partner.

Stableford
This system of scoring by points was introduced by Dr Frank Stableford of the Wallasey Golf Club (Liverpool, England) in 1932 and is the most common event played at club level.

Stableford involves scoring points based on results at each hole. Using the index for each hole, players are able to make a mental allocation of their full handicap for each of the 18 holes. For example, a player on a handicap of 18 will add one shot to the par value of each hole to determine their own par for the hole. Thus a hole rated as a par 4 becomes a par 5 for the player.

Players who exceed their own par by two strokes score no points for the hole and, since they cannot improve on that result, they should pick up their ball. At the end of the round all points scored are added up and the player having the highest number of points is the winner.

When marking the score card, the number of strokes taken must always be shown for holes where points are scored. Thus, the card records both strokes and points.

Par
Players need to allocate full handicap strokes to each hole, as explained for Individual Stableford competition. Once players mentally determine their own par for each hole, the Individual Par competition challenges them to beat their own par. If players do exceed their par, they score a ‘+’ (plus) for the hole. If players equal their own par, they are said to have halved the hole which is scored with an ‘O’. If par is not achieved, a ‘-‘ (minus) sign is recorded. At the end of the round the plus and minus signs are added and the net result written in as so many ‘up’, ‘down’ or ‘halved’.

A player is allowed their full stroke handicap and the strokes are taken at holes as indicated on the card. Where the handicap is more than 18, two strokes will be allowed on the number of holes that the handicap exceeds 18. These strokes will be taken in the same order as followed for the first 18 holes unless the index goes beyond 18.

Once again, when marking the score card, the number of strokes taken must always be shown for holes where an ‘O’ or ‘+’ is scored. Thus, the card records both strokes and plus, half or minus.

Four-Ball Par
Two players play as partners each taking strokes at holes as in a par competition. If one of the partners wins a hole and the other halves it only the win is counted. If one halves a hole with par and the other loses it only the half is counted and so on. Plus, half and minus signs are added at the end of the round and recorded as in an ordinary par competition.

In a four-ball handicap event care must be taken to mark the scores of each player in separate columns headed by the initials of the player. If the scores are mixed and it is impossible for the Committee to check the card the players will be disqualified.

Four-Ball Stableford
This event is played in exactly the same manner as a Four-Ball Par, except that the better ball of the partnership will be credited with points rather than a plus, half or minus.

Four-Ball Aggregate Stableford
As the name implies, the Stableford system is used in this event and the competition is played with a partner, as in a Four-Ball Stableford. Individual full handicaps are applied to each player and the number of points scored by each player is recorded at the end of every hole, as well as a total or aggregate for the team. The team having the highest number of points is the winner. Again, when marking the score card, the number of strokes taken must always be shown for holes where points are scored. Thus, the card records both strokes and points.

Foursome
Two players play as partners and use one ball. The partners strike off alternately from the tee and thereafter strike the ball alternately during the play of each hole. Scoring is done as for a stroke round and the total is subject to a deduction of half the partners’ aggregate handicaps.

Note: If either player incurs a penalty stroke it does not alter the rotation of play. In a multiple-round event, the committee in charge of the competition may stipulate whether or not the order is to be either preserved or
changed. In a single-round event, the committee in charge of the event may stipulate who is to play from the 1st tee (which may not necessarily be the starting tee if a multiple-tee start is employed).

Foursomes may be played under either stroke play rules or match play conditions and Rule 29 is relevant to foursome events.

Some of the more popular types of play are listed below together with suggestions regarding conducting these events. It cannot be too strongly emphasised, however, that since these competitions are not covered by the Rules of Golf, the Committee must carefully lay down in advance and publish the conditions of play. The State Association will not, except in the most exceptional circumstances, give a decision on any query submitted when play is conducted otherwise than in accordance with the Rules.

Mixed Four-Ball Par or Stableford
These games are played as described previously with the man playing from his tees, using his own score card and the woman playing from her tees using her own score card. Care must be taken when checking the card to refer to the women’s card when dealing with holes halved or won by her.

Mixed Foursomes
Mixed foursomes are played in the same manner as foursomes except that the women use their own tees and observe their own local rules when it is their turn to play. It is recommended there be a stipulation as to which
gender plays from the 1st tee – this will serve to ensure there is uniform usage of teeing grounds (ie it will avoid for example one pair starting a given hole from 40 metres forward of where another pair commences the same
hole).

Canadian Foursomes
This event is played as per a Foursomes event except that both players play tee shots at every hole and afterwards continue with whichever ball they nominate, with the partner playing the second stroke. Handicap allowance is ? of aggregate stroke handicap for stroke competitions.

American Foursomes
Both players play tee shots at each hole, then play a second stroke with their partner’s ball. One ball is then selected and play proceeds as in foursomes, so that if Player B hit the second shot with the selected ball, Player A hits the next shot and play alternates until the hole is completed. Handicap allowance is ? of aggregate stroke handicap for stroke competitions. This event is sometimes called “Pinehurst Foursomes”.

Flag Competition
The score taken on each hole is entered on a card as in a stroke round. When a player has completed a number of strokes equal to the par of the course (as shown on the score card) plus their stroke handicap, they will have finished the round. The first player to start in the competition will carry the flag (mounted on a stick) and plant it on the spot where their ball lay at the finish of the round. If the ball is in the rough the flag may be planted at the side of the fairway, but not nearer the hole. If a subsequent player has not finished their round when they reach the flag, they carry it with them, and replant it when they reach the end of their strokes. The winner is the player who carries the flag the longest distance from the first tee and it normally happens that the
final position is somewhere beyond the 18th green, usually on the 1st or 2nd hole. When the competition is played in two or more divisions, two or more flags, clearly marked will be necessary.

Eclectic
Competitors play two or more rounds and the eclectic score is the lowest score obtained at each hole on the rounds. Sometimes the competitions extend over the whole season and the total score for the holes is subject to deduction of ½ the player’s handicap held on the last day of competition.

Ambrose Competition
This event can be played as a two, three or four-person event, although the four-person event is the most popular. Each player plays a tee shot at each hole. The Captain then selects the best drive which is then played by its owner. The other members retrieve their balls and in turn drop within one club-length of the selected position and play their second shots. This procedure of selecting the best position continues until a ball is holed. When on the green, balls are placed on the selected spot.